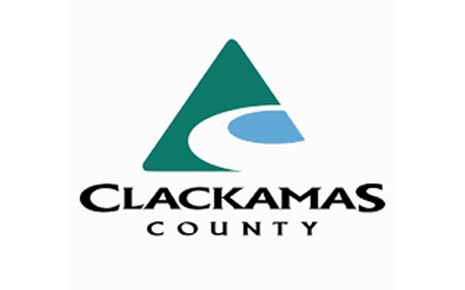 Clackamas County, in north central Oregon, is one of the four counties that make up the Portland, Oregon, metropolitan area. It is bounded by Multnomah County to the north, Wasco County to the east, Marion County to the south, and Yamhill and Washington counties to the west. The county encompasses 1,879 square miles (4,866.6 square kilometers). The county's heavily timbered geographical features include the 11,235-foot Mt. Hood, the Mt. Hood National Forest, the Bull Run Watershed and numerous rivers - including the Willamette, Clackamas, Sandy, Pudding, Molalla and Salmon. Some of Oregon's richest farmland is located in areas surrounding the communities of Canby, Sandy, Boring, Wilsonville and Molalla.