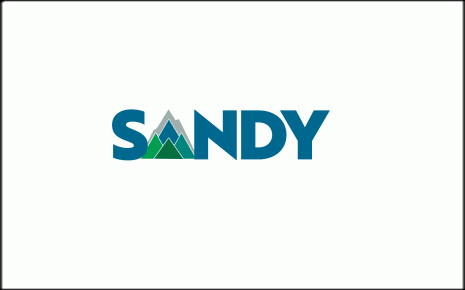 The City of Sandy has a population of 12,612 (2020 U.S. Census) and is the commercial center of an eastern Clackamas County market area with a population of around 42,000 people.  It is considered to be on the eastern edge of the Portland metro area and west of Mount Hood on the Barlow Road segment of the Oregon Trail, now known as U.S. Highway 26.  Sandy has a thriving economic base, including many businesses serving visitors to the Mt. Hood Recreation Area. On the foothills of the Cascade Range, Sandy's elevation varies from 750 to over 1,000 feet.  Mount Hood shelters the city from the wind and ice storms experienced in the Columbia River gorge. The climate is mild, but as with the rest of Oregon west of the Cascades, it rains a lot in the winter. The rain falls as snow on Mount Hood, and Sandy residents enjoy the convenient nearby opportunities for skiing, snowboarding, and snowshoeing.